Franklin A. Jara, Esq. of Counsel 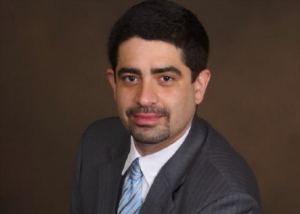 Franklin A. Jara was born in Elizabeth, New Jersey.  Currently, Jara concentrates his practice in the areas of labor and employment; real estate; landlord and tenant law; and commercial business disputes at Jara & Associates, P.A.<
In 1998, Jara graduated with honors from Florida International University (FIU) in Miami with a Bachelor of Arts degree in political science and a minor in Latin American and Caribbean studies.  During his time at FIU, Jara was actively involved with the Latin American and Caribbean Center (LACC). After graduating from FIU, Jara attended Nova Southeastern University (NSU) in Ft. Lauderdale, Florida where he earned a Juris Doctor degree in 2002.  His scholastic achievements were acknowledged throughout his time at NSU as he was recognized as a Dean’s Fellow, earned a place on the Dean’s List, participated in the Pro Bono Honor Program, and served as a certified legal intern in the Office of the Associate Chief Counsel, United States Customs.